The Nine Arch Bridge also called the Bridge in the Sky, is a viaduct bridge in Sri Lanka. It is one of the best examples of colonial-era railway construction in the country. The construction of the bridge is generally attributed to a local Ceylonese builder, P. K. Appuhami, in consultation with British engineers. The chief designer and project manager of the upcountry railway line of Ceylon project was D. J. Wimalasurendra, a distinguished Ceylonese engineer and inventor. The designer of the viaduct was Harold Cuthbert Marwood of Railway Construction Department of Ceylon Government Railway. 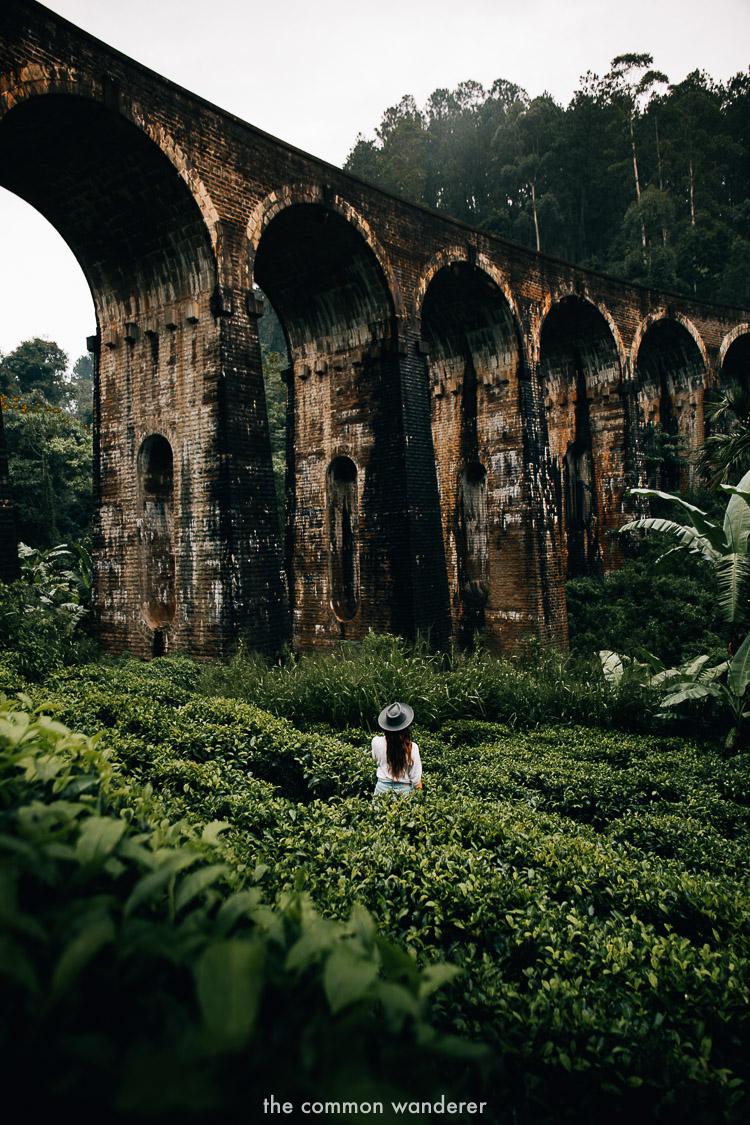