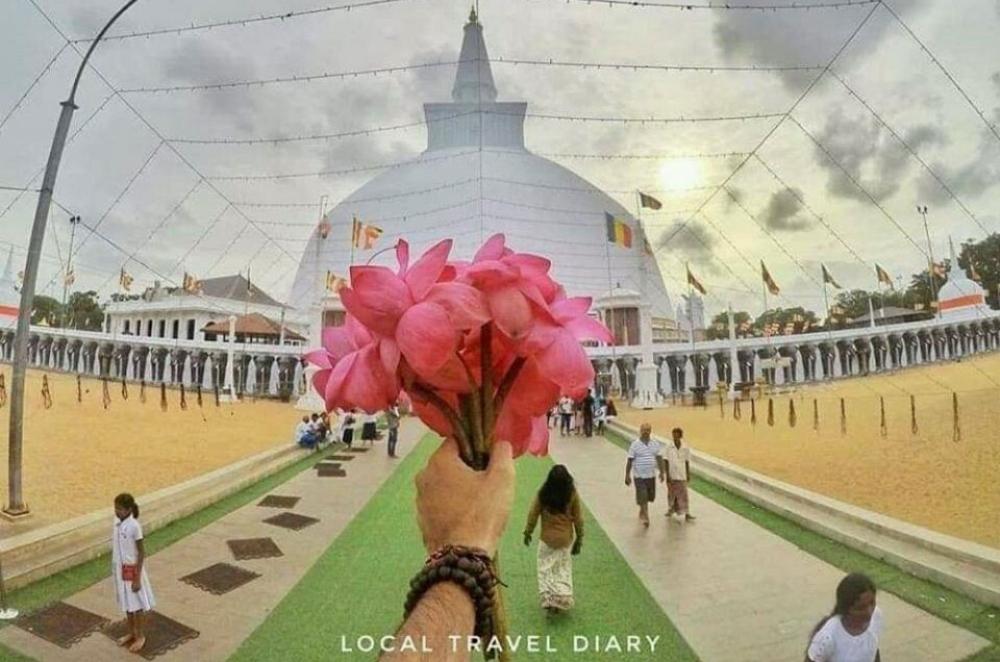 Anuradhapura lay deserted for hundreds of years, the ruins buried deep in the jungles of the dry zone of Sri Lanka. The visitor might imagine that an explorer had stumbled on the lost city and brought it to light. But Anuradhapura, city of 113 kings was never forgotten to the people of Sri Lanka. Anuradhapura is the birthplace of Sinhala civilization & one of the world’s largest archeological sites. It is considered as the greatest monastic city of the ancient world, & was founded in the 5th century BC. The artwork and architecture of Anuradhapura are too numerous to mention; among them are ancient Buddha statues showing the influence of Greek art and also some of he world’s largest stupas